My PrepZone is an opportunity for student-athletes on the Treasure Coast to tell their own stories by either writing or dictating them. Author James Monds III is a junior cornerback at Fort Pierce Westwood. Monds was a First-Team All-Area selection in both football and soccer at Port St. Lucie in 2019-20. In his debut at Westwood on Thursday, Monds returned a punt for a touchdown in the Panthers season opener against rival Fort Pierce Central. Monds, whose father and grandfather also played for Westwood, wrote the following first-person story for TCPalm.

Family legacy is a big deal for me and my family.

So, just being able to put on a Westwood jersey, knowing that all my family members before me wore it, was huge for me. I’ve always wanted to be a part of it because it was just kind of like a legacy that I wanted to live up to.

My dad played defensive back at Westwood. He was just an all-around dog. But we have some differences. He was more of a knockout hitter. I’m more of a finesse guy who takes the ball back for six.

After graduating from Westwood, he attended the University of Toledo and then Bethune-Cookman. 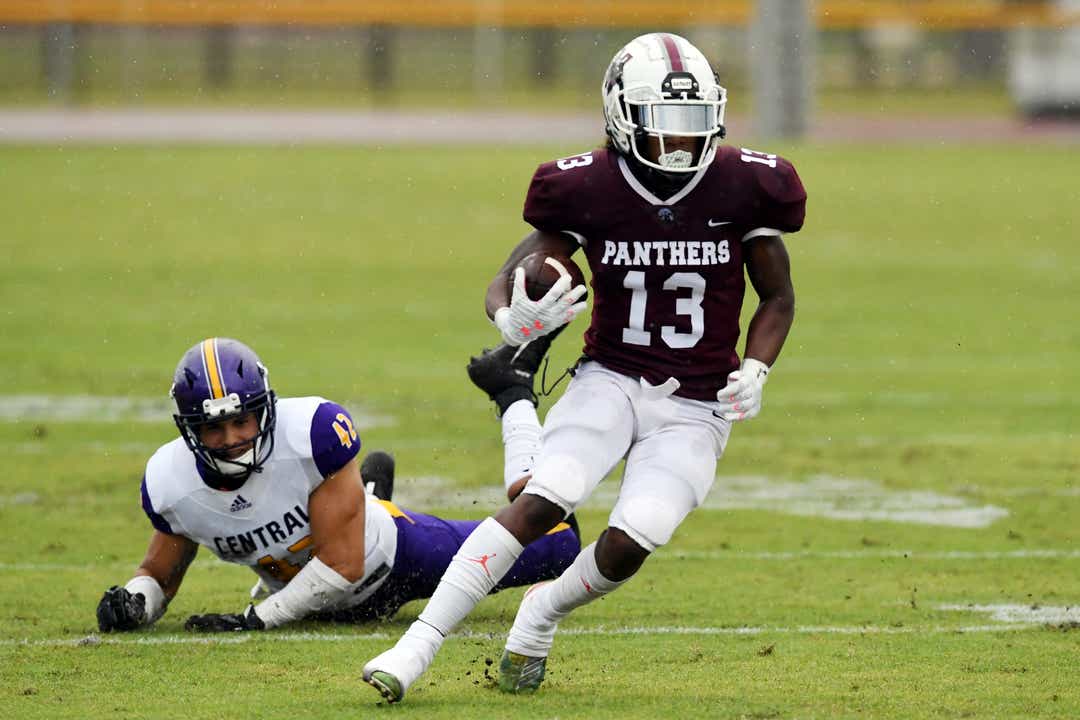 As for my grandfather, he was a linebacker who was a pure terror to opposing offenses. He went on to play at Tennessee-Martin, then signed as a free agent with the New York Giants.

In the game, I really didn’t think about anything else just because I was so focused on the game. But in the back of my mind I was just hearing their stories of their Showdowns and I knew I had to make one of my own to tell my future kids.

It means a lot to score that touchdown because when we have a family reunion, and everyone talks about the Showdown memories, I have my own to dwell on.

It means a lot to follow in my dad and grandfathers’ footsteps because I learn from them — their mistakes and their great knowledge of football and life.

It’s really impacted me off and on the field and has made me a better person and player.