TALLAHASSEE — With the state gaining back more than half of the jobs lost since the start of the coronavirus pandemic, Florida’s unemployment rate dropped to 7.4 percent in August.

That represented a major decrease from an adjusted 11.4 percent mark in July amid an accelerated push to reopen businesses. The new rate, an estimate from mid-August, projected 753,000 Floridians were jobless from a labor force of 10.138 million people.

The state lost nearly 1.18 million non-agricultural jobs from February to April as the pandemic hit, but it has gained back 631,600, according to the Department of Economic Opportunity.

The new figures provide a snapshot of the state before Gov. Ron DeSantis recently allowed Palm Beach, Miami-Dade and Broward counties to join the second phase of an economic reopening effort that began in early June. Also, the figures do not reflect a move that allowed bars and craft breweries this week to again serve drinks for on-site consumption in most of the state.

Adrienne Johnston, the department’s chief of the Bureau of Labor Market Statistics, said “this is just an opening back up of economic activity” as there are gains across almost all industries. However, she cautioned against giving too much weight to one- or two-month trends.

“It is going to take us a little bit of time before we really know the shape of this recovery,” Johnston said in a conference call with reporters.

“People are finding jobs. They are going back to work. It may not be the same job, and they may be finding one job when they had two,” Johnston continued. “So, there are a couple of things there just to be mindful of when you look at these trends. But the key is that people are getting back into the labor market.”

The state unemployment rate in August 2019 was 3 percent. At the time, 311,000 people were reported as unemployed.

But Florida sustained massive job losses this spring as businesses were closed or scaled back to reduce the spread of deadly COVID-19, the respiratory disease caused by the coronavirus.

During the second quarter of the year, tourism in the state dropped more than 60 percent. In an attempt to jump-start the critical industry, the tourism-market agency Visit Florida has undertaken a $13 million campaign to get Floridians to explore other parts of their state.

The outlook is that the hospitality and leisure industries will continue to struggle. 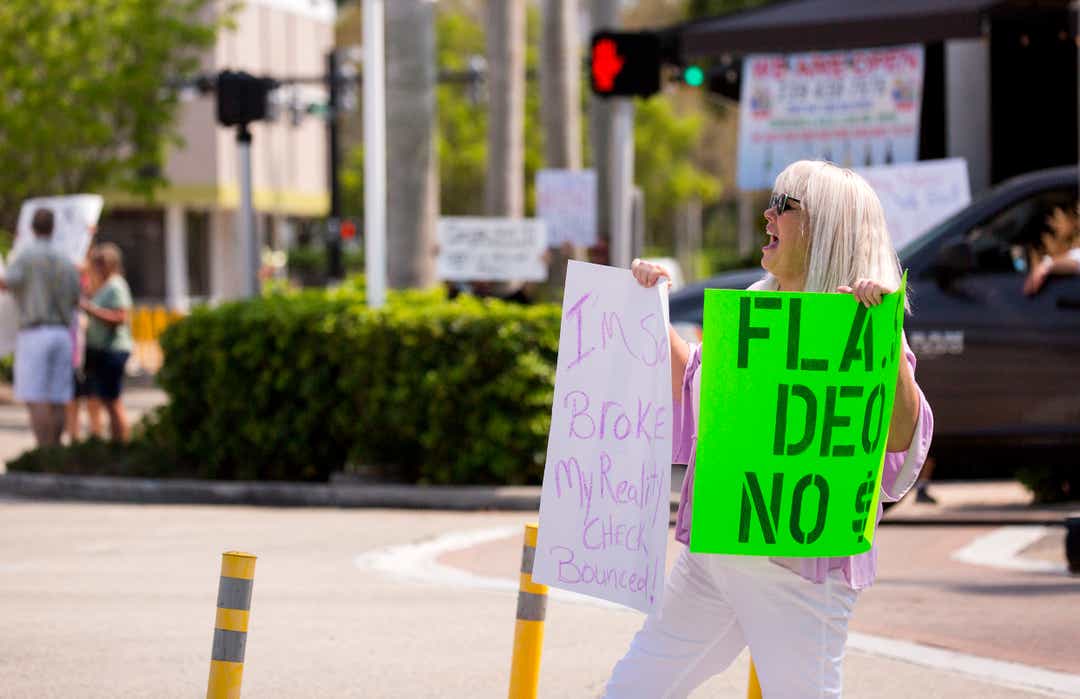 “The crisis’ impact on the industry has been historic, swift and devastating,” wrote Donna Stanton, the company’s human resources market director. “A careful review of business forecasts shows that challenging business conditions, including historically low hotel occupancy and mounting event cancellations, will extend into 2021.”

News from the nation: Additional 790,021 Americans file for unemployment as the fallout from COVID-19 lingers

Those furloughs and layoffs are part of the reason the tourism dependent Orlando-Kissimmee-Sanford metropolitan statistical area, which had a 3.1 percent jobless rate a year ago, maintained the highest unemployment rate in the state in August at 11 percent. The region was at 15.4 percent in July.

Seminole Hard Rock Hotel & Casino has 1,527 layoffs coming by the end of the year, and Trump National Doral Miami has advised the state that 88 employees on indefinite furlough or reduced work schedules will remain in that status for at least six more months.

The best unemployment rate, 4.5 percent, was found in the Crestview-Fort Walton Beach-Destin metropolitan area. The Gainesville region was second at 4.9 percent.