Both candidates vying to represent St. Lucie County in the Florida House agreed being elected to the District 84 seat should be about accountability and effectiveness in government.

It would be an historic upset for Republican Dana Trabulsy to unseat one-term incumbent Democrat Delores Hogan Johnson, as the GOP never has held this seat. 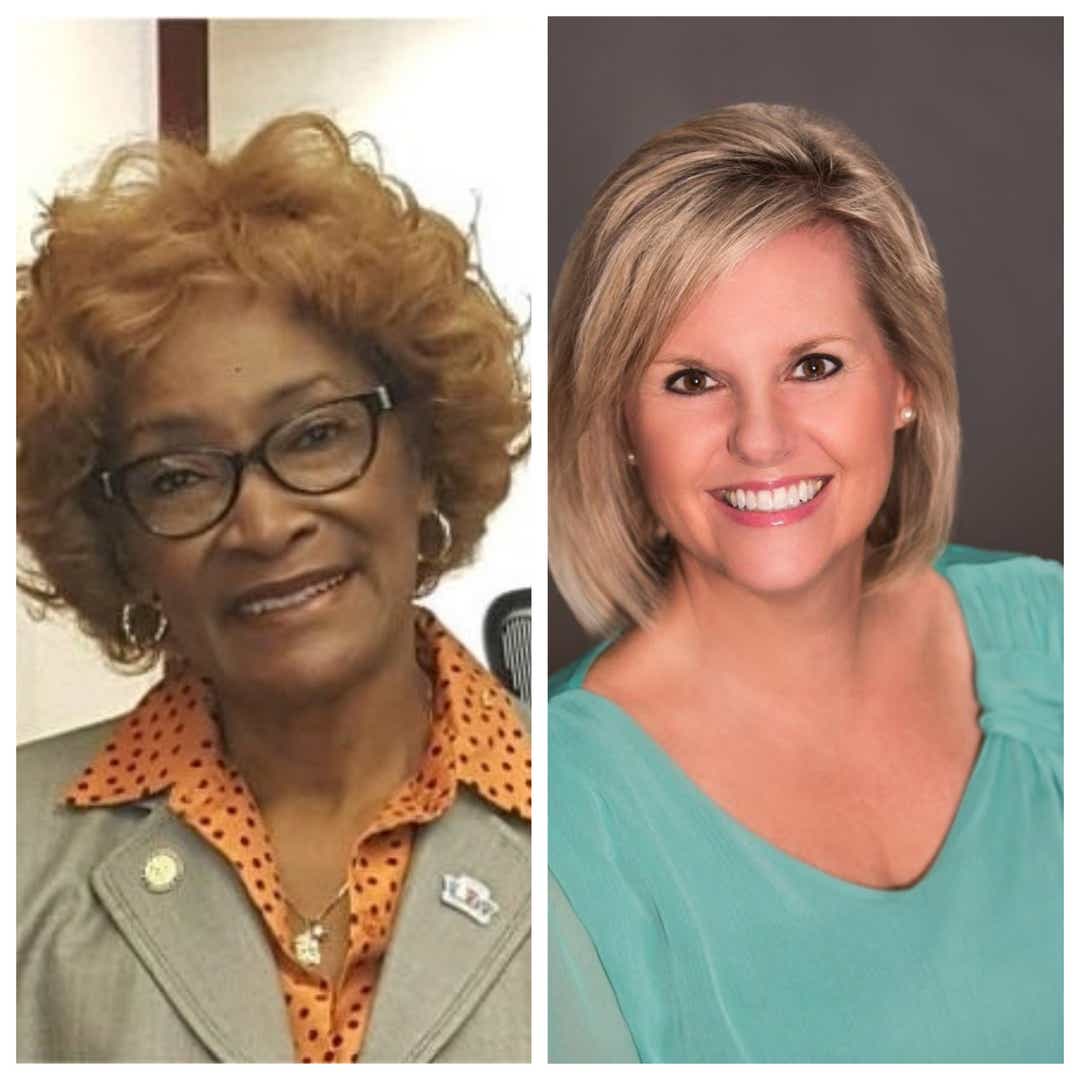 “That’s huge,” Trabulsy said. “It’s going to take a lot of work, and I’m working really hard to gain the trust and share my vision and represent (the district) in its entirety and not just a fraction of the district.”

Trabulsy said government should be run like a business. She has experience as a small-business owner of All Things Treasure Coast, an online advertising agency serving Martin, St. Lucie, Indian River and Okeechobee counties since 2016.

She is also co-CEO of the Treasure Coast Business Summit, an annual business-to-business networking event.

Trabulsy said she understands people’s hardships from the coronavirus pandemic, and she plans to listen to residents and fill their orders.

“I’ve always been in a customer service-related industry,” she said, “and that’s what this position is.” 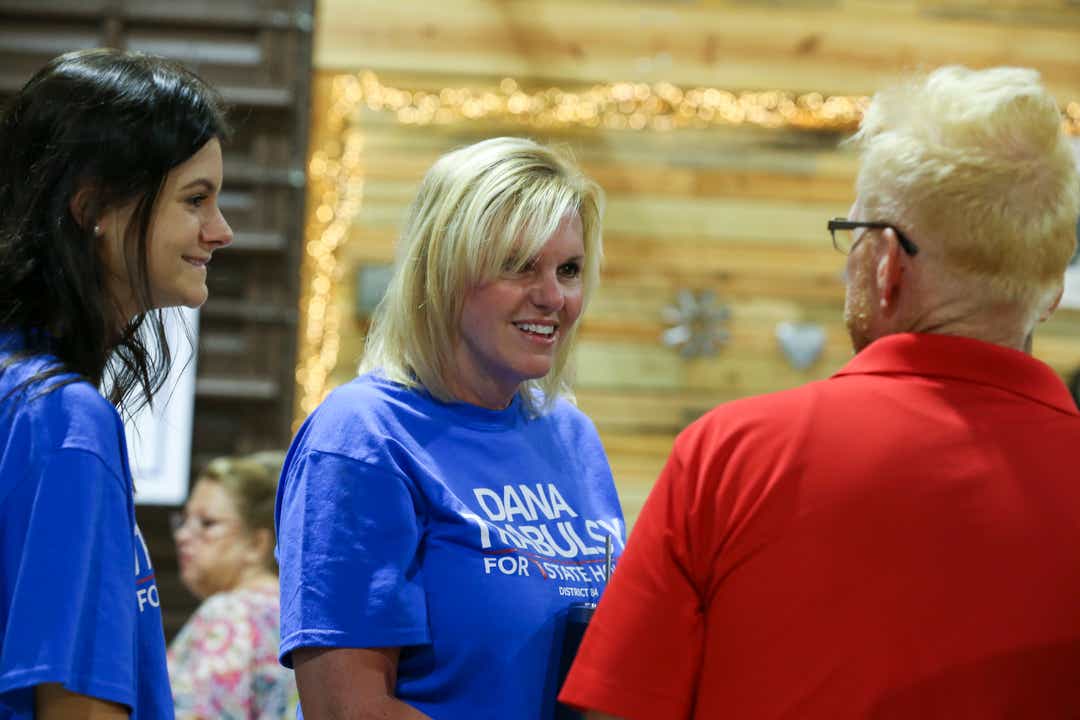 Hogan Johnson, a retired educator in St. Lucie County public schools for over 30 years, described herself as a former counselor, teacher, dean and community activist.

She said she supports big business, but not at the expense of mom-and-pop shops.

“I’m fighting for the small businesses that employ regular community people,” Hogan Johnson said. “I support business. I support good schools. One of the things that businesses look at is the education system — the quality of life.”

Hogan Johnson voted 56% of the time in favor of small business, according to the National Federation of Independent Business, a nonprofit, nonpartisan, member-driven advocacy group since 1943.

Because she voted against expanding charter schools, she got a ‘D’ on a legislative scorecard produced by the Americans For Prosperity Florida, a grassroots movement founded in 2004.

Charter schools receive taxpayer money, she said, so they should be run like public schools under the district system with good superintendents ensuring the best education and mental health care.

Among other key votes on her record, according to votesmart.org, she voted yes to medical marijuana, prohibiting cities from banning plastic straws and allowing prescription drug imports from Canada. She voted no to allowing firearms on school campus, reducing corporate income tax, requiring minors have parental consent for abortions and for felons having to pay court costs to restore their voting rights.

“I know no color or gender,” Hogan Johnson said. “I reject any sort of leaning toward divisiveness. … We cannot embrace, in any kind of way, saying that any life doesn’t matter. All lives do matter.” 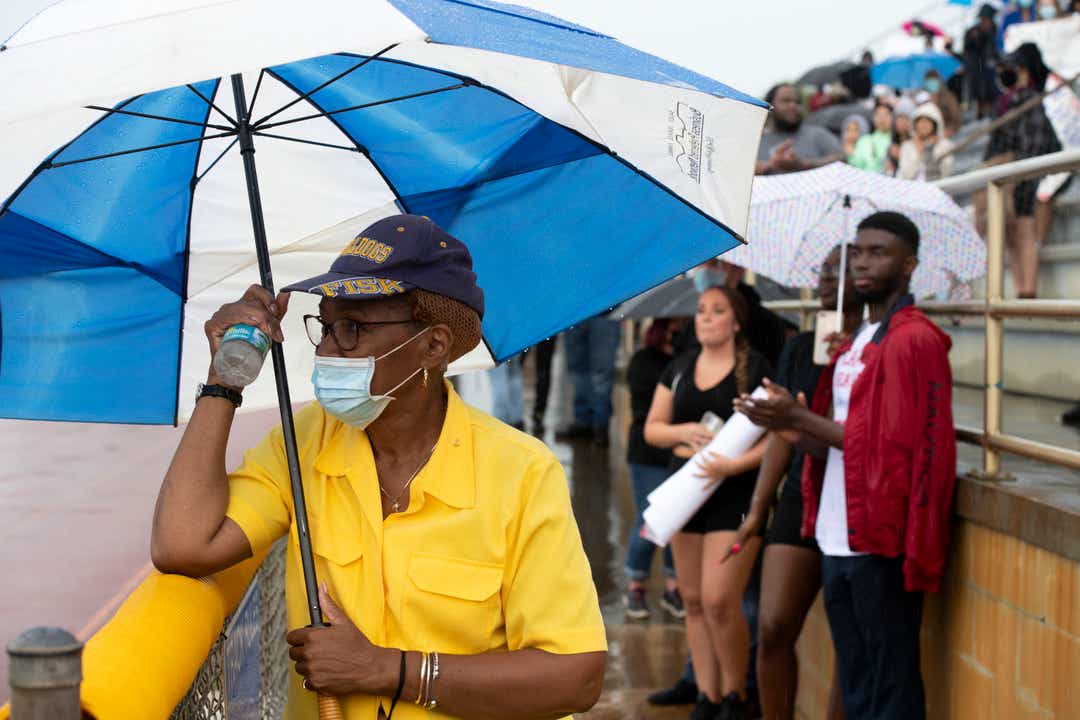 She said she’ll continue to focus on clean air, water and land for the community; advocating for affordable housing for the working class, especially teachers, to help them become homeowners; and pushing to change sentencing guidelines so judges have less leeway to discriminate.

“We want to see equal justice under the law,” Hogan Johnson said.

More: Everything you need to know about the Nov. 3 election

Trabulsy agreed the election isn’t about race, but acknowledged discrimination.

“Absolutely Black lives matter; the movement itself is very important,” she said. “We should be having more conversations about Black Lives Matter and implicit bias. We should be open to having those tough conversations that make us better people.” 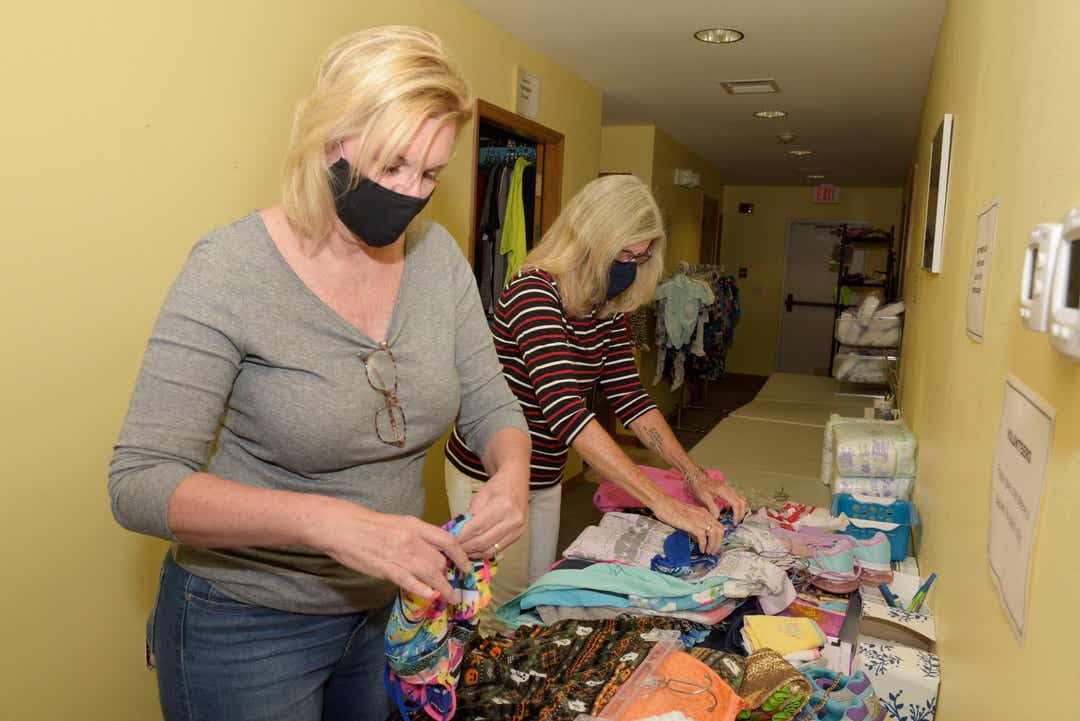 Florida has a state government trifecta, with Republicans controlling the House, Senate and governor’s office — something Democrats hope to flip.

The Florida Democratic Legislative Campaign Committee named Hogan Johnson a “spotlight candidate” of “races you should be watching,” in a Sept. 15 news release highlighting other Democratic candidates, 13 in the House and four in the Senate.

Hogan Johnson said she’s worked across the aisle since being elected in 2018 and while serving as the Democratic ranking member on the Agriculture & Natural Resources Subcommittee and a member of the House Education Committee, the PreK-12 Innovation Subcommittee and the Energy & Utilities Subcommittee.

“I’ve always tried to be nonpartisan,” she said. “I’m a lifelong Democrat, but (I’m) just trying to bring people together.”

Trabulsy said she doesn’t think Hogan Johnson has been effective in Tallahassee.

“I don’t think she’s really brought anything home for St. Lucie County,” she said. “I have the skill set of a small-business woman to bring those skills to the table to be effective.”

As of Sept. 4, Trabulsy had nearly $61,000 to spend on her campaign, including over $36,000 from the Republican party and $21,000 from political action committees. She has extensive support from Peter Busch, Southern Eagle Distributing and several beer-related PACs, as well as retirees, professionals and businesses.

Hogan Johnson had nearly $55,000, including nearly $26,000 from political action committees, nearly $8,800 from the Democratic party and $500 of her own money. Local donors include retirees, teachers, business professionals and civic leaders.

Florida representatives make $29,697 annually and are elected to two-year terms that begin immediately after the election, but they are sworn in two weeks later. 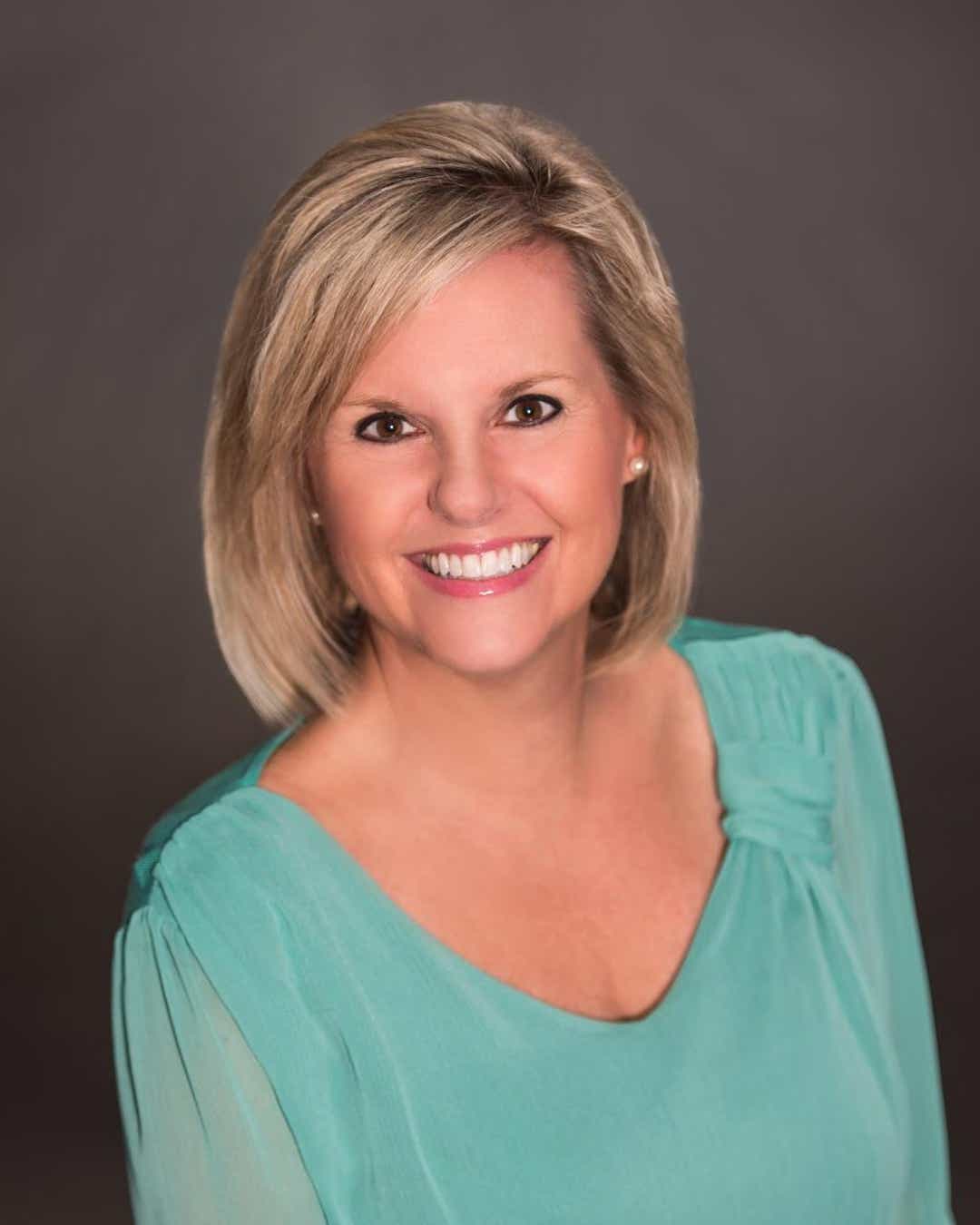 Residence: Tampa native, grew up near Atlanta, lived in Fort Pierce since 1991 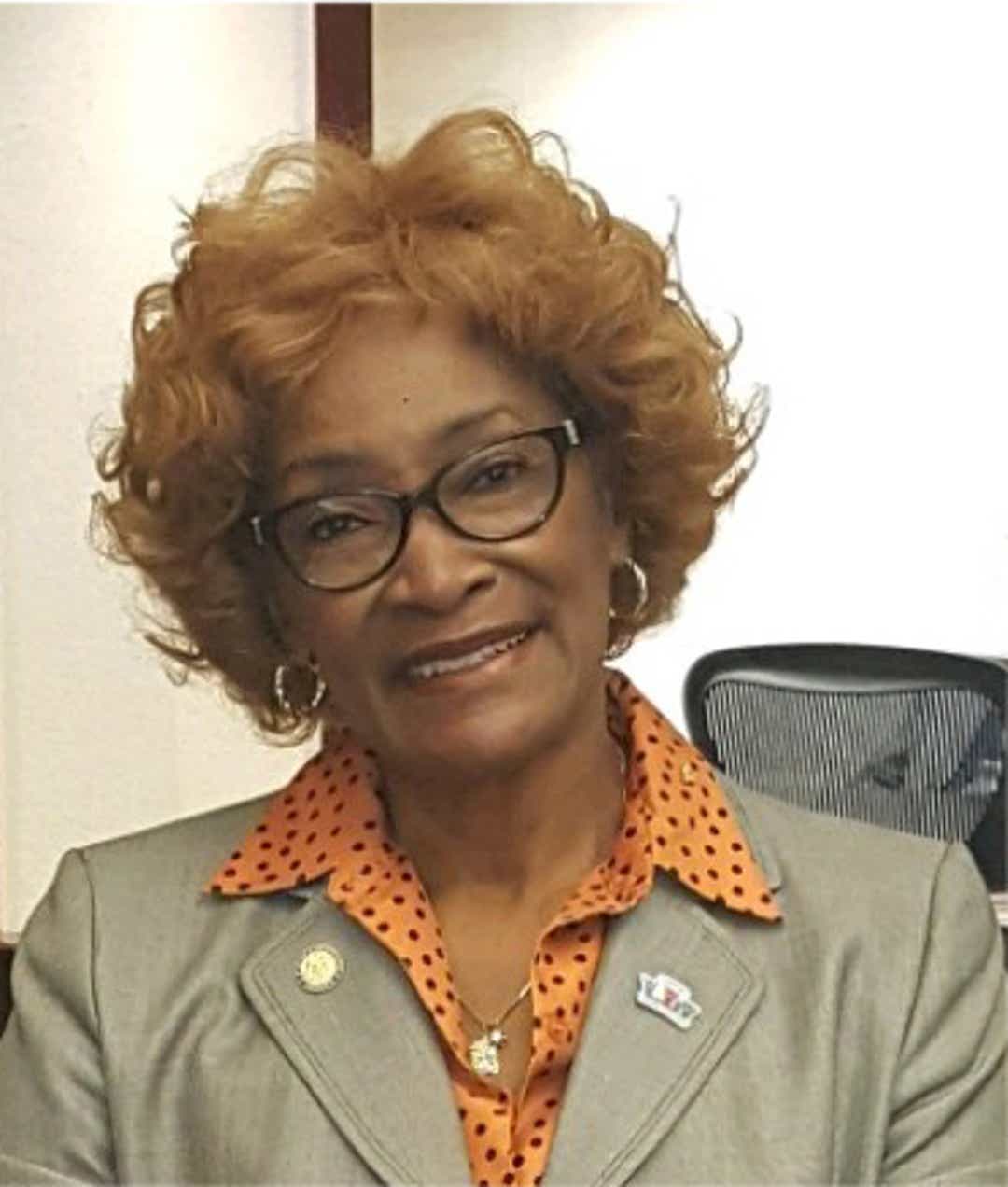